WordPress SSL Plugin make the move over to SSL much easier.

Having your website use SSL is now more important than ever. SSL provides an extra layer of security and authentication protecting your website visitors as well as deterring unwanted intrusions.

SSL is also a Google ranking factor so will also help your site search engine placement.

Some hosts (e.g. Bluehost) provide SSL free to customers and this can be a nice extra incentive (not that we would recommend Bluehost).

The easiest way to setup SSL is via the Really Simple SSL plugin. Once you have your SSL certificate you can activate the plugin and it does the rest for you – updating the htsccess file and WordPress settings.

Contact us if you our team of WordPress Consultants to help add SSL to your WordPress website.

According to the fourth annual study by Water&Stone, WordPress, Joomla and Drupal are the three most popular among 20 free web content management systems, narrowed down from an initial list of 35. 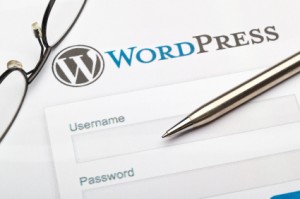 Among the .NET-based CMS players, DotNetNuke dominates, while among Java-based CMSes, Liferay and Alfresco are the joint leaders. The authors conclusion was that the WordPress Web Design capabilities outshone its competitors

The survey also picked out Concrete5 as an open source CMS to watch saying “no other system came close to showing the growth seen by Concrete5” though it still lagged the top 3 systems in terms of market share. At the other end of the scale, the survey expresses concern for e107, Movable Type, TextPattern and Xoops, describing them as “potentially at risk” of leaving the top 20 for various reasons.

The survey combines questionnaire data with the analysis of various metrics to come to its conclusions. The main criteria for the analysis for each distribution were: the number of downloads, number of installations, support services by third parties, and books available about each CMS. Another criterion was the strength of the brand, specifically tied to the visibility in search engines, the popularity of the project site, the brand awareness and visibility in social networks. .

As WordPress experts we have experience in WordPress Web Design, WordPress setup, WordPress Hosting, WordPress plugins, themes … in fact end to end WordPress. Our WordPress Support packages are as follows: Gold WordPress Support Package – £100 per month (yearly contract) Minor changes, updates and enhancements to the website design that Titanium have developed for you […]

SEO – WordPress provides good search engine optimization (SEO) capabilities. There are a few tweaks you need to make, but there are many seo benefits that WordPress provides for free. In fact Google’s own Matt Cutts says WordPress is “made to do SEO well” in this video: Matt Cutts gives tips to small business owners. Content – it […]